Out in March 2020 :
" In this essay, I don’t aim at analyzing a specific genre of music: my goal is rather to grasp a musical configuration encompassing musicians as different as Gérard Grisey, Sunn O ))), Thomas Köner, Chloé, Emptyset, or Bérangère Maximin. Paying attention to the spectral technique of composition, drone metal, and electronic music, the musical configuration I attempt to define obviously doesn’t consider the full extent of contemporary music, but sheds some light on a Grundstimmung – a basic mood, a fundamental tone that, I argue, is at stake in crucial contemporary musical works." - Frédéric Neyrat. (Publication directed by Achim Szepanski)

Private residencies in Southern France to work on the finish of my new solo album to be released this Spring. More details soon ! 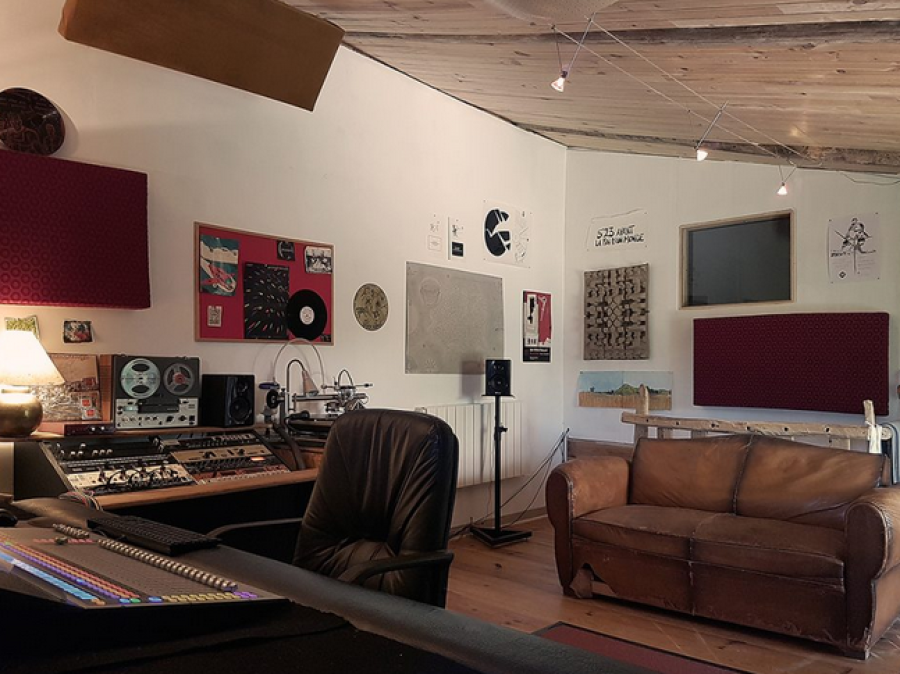 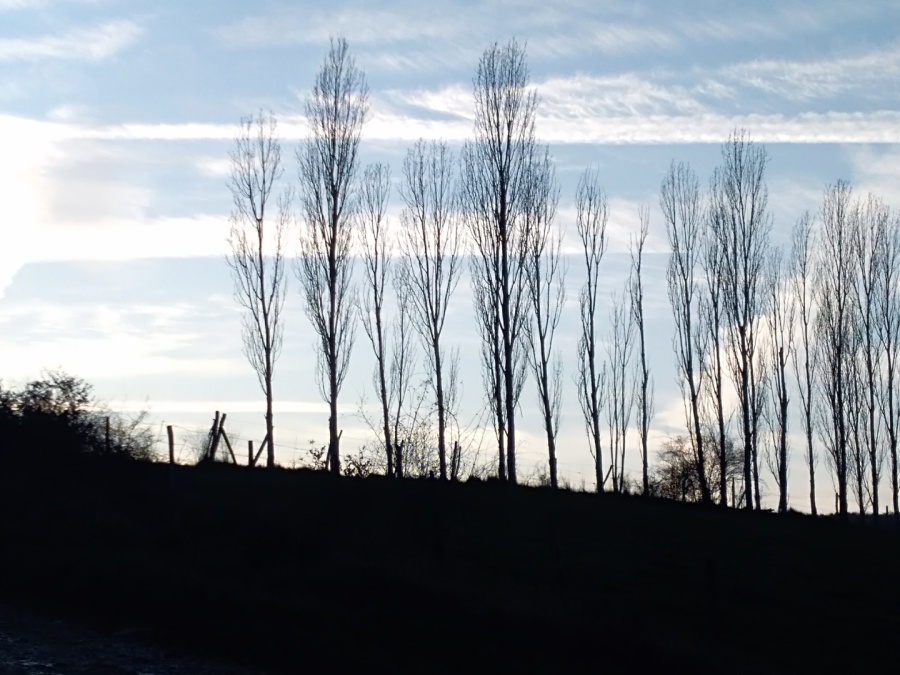 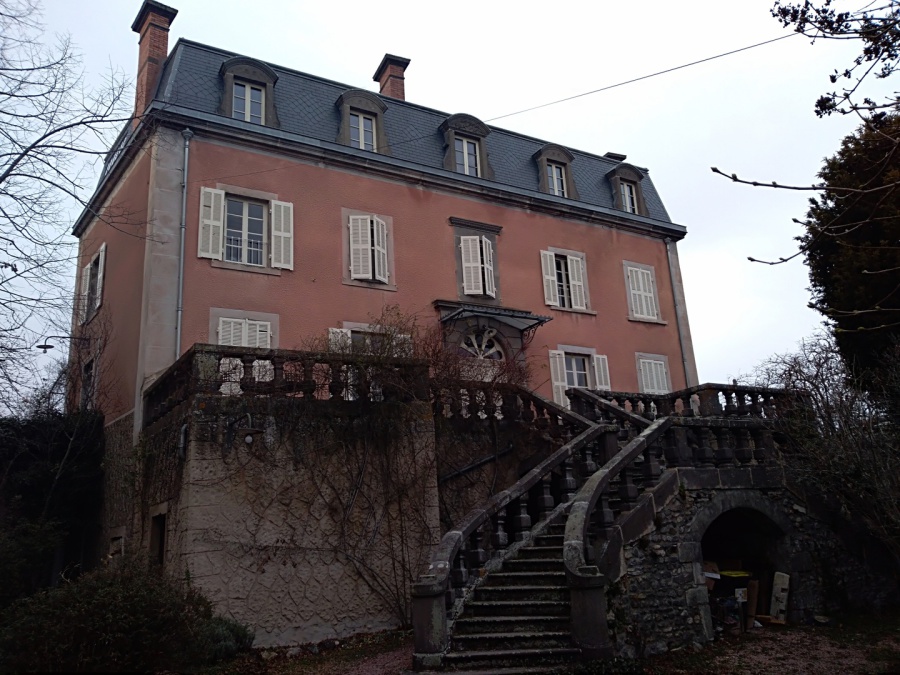 I have written a few words about three of the albums out in 2019 that I find of excellent quality for The Attic magazine, the ones of American YATTA, British Helm and Australian Uboa. As a listener they really got me excited, their work are very personal, powerful, elegant and they show that in 2019 the artists are still curious, inventive and so motivated. Avoided the usual suspects though I've also enjoyed the albums of some of the artists all over in the charts of course, I am not a sectarian, but you won’t know which ones. And what a list ! very rich, very subjective, plenty of records I'll check out ! 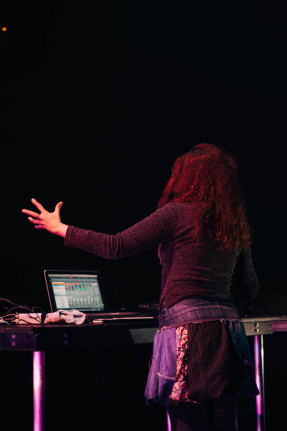 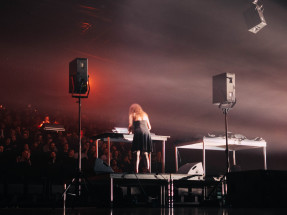 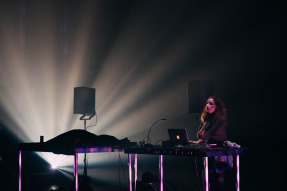 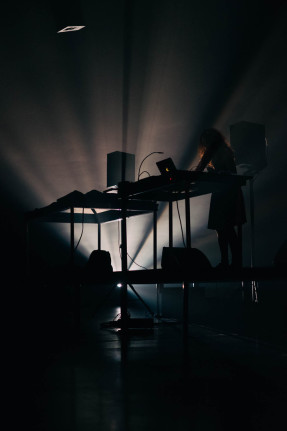 Tonight, I'll give a video masterclass to the students of the Astor Piazzolla Superior Conservatory of Music in Buenos Aires, excited !

Newest addition to my live performances schedule : I will be playing Parken outdoor event in Vienna on July 25th, my first time in this city, can't wait !

On Sunday June 23,2019, my one-hour concert-portrait will be spacialized on the wonderful Alcôme 30-speaker acousmonium by their team of interpreters. It's at la Grange, Saint-Leu-la-Forêt, near Paris, in Matinee, 3.30 pm, very excited ! detailed concert programme and all the info on the Alcôme FB page.

The album Ernstalbrecht Stiebler Reworks which includes my piece ‘Innocence’ is mentioned on The Best Electronic Music on Bandcamp list for the month of May. Thanks to Joe Muggs ! 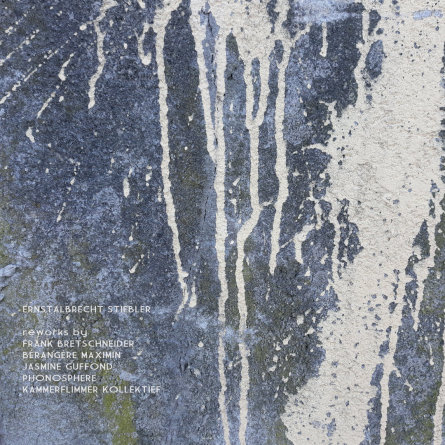 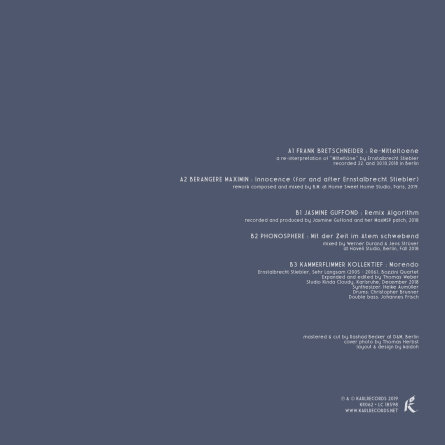 Out tomorrow, May the 24th, 2019 is this album of reworks celebrating the German composer Ernstalbrecht Stiebler's 85th birthday on Karlrecords. I've composed a piece for it !

Ernstalbrecht Stiebler (born March 29th, 1934) is one of the first German composers involved with minimalism and ranks among the pioneers of reductive, repetitive, sound-oriented music. Although honored with several prizes (e.g. the "Bach-Preis der Freien und Hansestadt Hamburg"), up to the current day only true connoisseurs of contemporary music are familiar with his oeuvre. On the occasion of his 85th anniversary this year, Karlrecords launches a series of albums with original pieces by Stiebler who besides his compositional work served as director for new music at Hessischer Rundfunk for over 25 years (where he supervised recordings of Morton Feldman, John Cage, Alvin Lucier, Giacinto Scelsi, amongst others) and published numerous essays in Musik-Konzepte, MusikTexte, and other music journals.

The new Stiebler series, however, kicks off with Reworks -- five artists from different musical backgrounds present their approach to and understanding of Stiebler's minimalist aesthetics for which he cites "sonority, rhythm, and duration" as his three principal compositional concerns."

Nice to see that I'm mentioned twice in this month's issue of The Wire Mag [June 2019, The Wire n°-424] when I'm not really being in promo mode. The first one is in the feature about Ernstalbrecht Stiebler with the announcement of the forthcoming album of reworks on Karlrecords where the writer says Stiebler is "clearly pleased" about it and the second one is a short review of the 4fakultät collective concert in Hambourg last March with my 100% improvised solo set qualified as "fragile, yet forceful" (a compliment since it's the contrast I wanted, silences and precarity, air between the layers but nervous development and cuts) and the final trio with Felix Kubin and Mark Boombastik being "a eureka moment". All good !

Here are the upcoming concerts and conferences in Spring 2019 :

Live excerpt of the improv duo with Fred Frith at Graz Musikprotokoll last month broadcast on BBC Radio 3 'Hear and Now' show hosted by Tom McKinney, 10.00 pm UK time ! ! Then available on podcast for a week.

" Partly because we’d rather not answer the question “What is experimental music?”, and partly because, let’s face it, we just enjoy messing around, schiev identifies itself as a pop music festival. What is pop to us, you ask? Obviously not Taylor Swift but a certain approach that makes the music – any music – accessible to everyone, whether it’s the production or the consumption of it. OK, but then why invite someone like Bérangère Maximin with such an impressive CV? Well, because unlike others, she manages to make us forget all about her intimidating pedigree – the academia, the prizes, the erudition of her music – and simply enjoy the raw feeling that you rarely get from other classical acts. Sensual and hypnotic, her tracks are physical and meditative at the same time." - Schiev.

My Mix for the excellent Secret Thirteen is out ! With lovely, thoughtful words from Paulius Ilevicius, many thanks !

(...) 'Bérangère Maximin is a French sound artist who creates textural electroacoustic soundscapes that are both abstract and intimate. Her dense and rich compositions speak to the listener with their utter emotionalism, depth and vivid colorfulness. (...) Her last LP, Frozen Refrains came out on Craig Leon’s Atlas Realisations and it’s also a powerful offering that explores emotional dissonances, subjectivity, memory and their complexities. Its multi-angled compositions are like contemplations, providing as many questions as they do answers. (...) Secret Thirteen Mix 268 has a similar attention to detail as her own music. Over one hour Bérangère leads us across myriads of soundscapes, creating the effect of a kaleidoscope or a stream of film stills, with images of past and present intertwining. She divides the mix in three parts, the first part being more textural, the second more intensely expressive and political, while the third is a sort of mixture between the first two.' (...)

A new music piece that I composed last Summer is included in Below The Radar CD+DL that SHAPE Platform has compiled for The Wire mag's digital and print subscribers - Track 12 ‘The Broken Shoe’ !

My copy has arrived ! David Stubbs' book ‘Mars by 1980, The Story of Electronic Music’ (Faber & Faber, Aug. 2018) with a mention on page 401 : « Parisian sound artist BERANGERE MAXIMIN whose best work sounds like meditated, artificially generated additions to the world of nature ». It’s spot on, all the more that I’ve been working on a series focused on re-creating the peculiar mix of the urban and the pastoral in the city with ‘fictional’ sounds in a sense that it’s neither figurative nor recorded sounds in specific sites, so this will have a musical development in the near future.

Brand new in-depth interview I had with the lovely Lucia Udvardyova for Shape Platform's website last weekend ! Despite the title, there are mostly very positive thoughts in it, just that I prefer to imagine the future in terms of projects rather than dreams, you know what I mean ? I warmly invite you to go and read it.
—
"Bérangère Maximin speaks about her childhood on the Réunion island, her eclectic music taste (from Congolese rumba to Terre Thaemlitz) and her love-hate relationship with art"

Very first Eastern Europe tour starting in September in Riga and ending in Graz, then Paris. I'll perform a new concert program that I'm going to start composing these next few weeks :

Next Wednesday, I'll be supporting my long time friend Colin Johnco at the release party of his new album named "However Far Away" that I've recorded and mixed. It will be nice to play live versions of 5 new pieces AND also to get to see Colin perform again on the instrument he's built himself with a few pedals and reverbs and groove boxes, this after a few years hiatus in solo. I'm very glad that he's asked me to take part. So it's going to be at Paris La Mano club, from 10 pm to 3 am, in sandwich between three DJ sets including Johnkôôl Records' co-founder's. You now know everything, come have a drink with us ! Details here.

Have made a mixtape with comments for the excellent The Attic magazine, check it out ! Music pieces from Günter Schickert vs Mica Levi, Colin Johnco, Helm, Valerio Tricoli, Perc, David Toop and more.

I was the guest of Electrons Libres/Epsilonia two hour radio show recently, on the legendary Parisian Anarchist radio station Libertaire. I chatted with my hosts about my albums and ongoing projects together with playing great music from Rodolphe Alexis, Beatriz Ferreyra, Gas, Rashad Becker, Terre Thaemlitz and many more, have a listen !

The first performance of the year will take place at Hamburg's Bunker in the Elbphilharmonie's ePhil concert series with a brand new solo, on Feb 01, 2018, 9 pm, hope to see you !

Recent projects include a commission from Collectif MU at Paris Nuit Blanche event in collaboration with Etienne Jaumet (Zombie Zombie) at the saxophone and Moog synths, check the 'Rail Océan' project announcement. (October 2017)

Then a piece played by Paul Ramage on Alcôme's 40 speaker acousmonium at Paris Gaité Lyrique. (December 2017)

Such an excellent Frozen Refrains review from Nathan Thomas on Fluid Radio, check it out.

(...) what frequently emerges across the album’s seven tracks is a strong sense of musicality, by which I mean that concerns such as harmony, rhythm, structure, and intensity are given the same weight as timbre and spectral analysis. A particularly striking manifestation of this is the way in which certain elements from one piece are often repeated in the next one, a risky ploy that could’ve easily come across as lazy or overly repetitive, but in Maximin’s hands gives the album an organic sense of wholeness and of different ideas growing from the same root. (...)

(...) This ecstatic intrusion on my dumb grind was later brought to my memory by some of the most distinctive music I’ve heard in a while, sound artist Bérangère Maximin’s fifth full-length, Frozen Refrains, which gave me that same feeling of climbing out of an egg. Her abstract, intriguing music’s various pulsations, assemblages, and dead-ends made me think of the purple umbrella, but also many other mental pictures in my imagination, both magnificent and mundane: gestures toward divination (the midpoint of “Wax Melody,” like nothing I’ve heard), something like a funk band playing on an undersea stage with a dilapidated foundation (“Burn and Return”), or just an old memory of me watching sci-fi with a friend (on “Sky Contraction,” the sounds of us speeding toward another planet). I never understood the show we watched together, but they did, and I liked to watch them watching it. (...)

(...) Her new album, Frozen Refrains, captures a gifted artist at or at least near her creative peak. (...)

French radio drama 'L'Apocalypse est notre chance', a thriller/SF series in 15 episodes created on National Radio station France Culture uses the intro of my piece named 'Cracks' (from Dangerous Orbits) as a soundtrack to the opening titles and snippets of it and also of 'Der Stern' from my album 'Infinitesimal' here and there (especially the scene in the basement of the castle on episode 10). You can still listen to this sound creation signed by Sylvie Coquart-Morel and Sophie Maurer and directed by Benjamin Abitan on FC's website, you enjoy as I did yesterday, the suspense kept me hooked from start to finish, highly recommended : Go check !