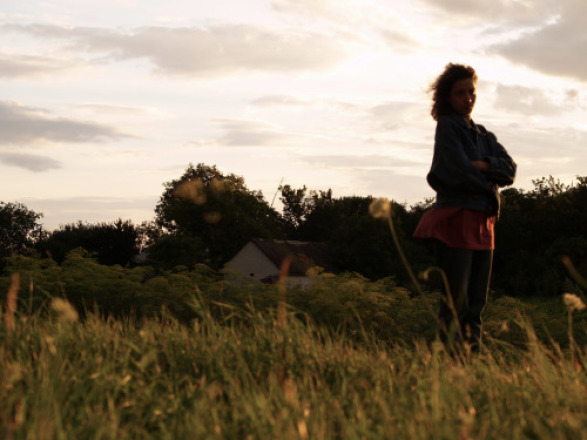 SELECTION OF THE MANY VERY POSITIVE REVIEWS OF THE NEW ALBUM

" (...) Maximin exhibits a knowing and playful approach to electroacoustic composition (...) This theoretical lineage established, Maximin then glides forwards to more contemporary modes of creation; little scratches and glitches pop and crackle like the electrical fizzes, slow textures emerge (...) alongside squiggles of voices and fragments of sentences. Structurally, Maximin keeps her lines of communication clear - there’s a lot going on, but it’s never crowded and soon that challenge implicit to all electroacoustic music - do you listen for the sound source or move beyond it ? - is cleared. The ten tracks on the four vinyl sides of Land Of Waves offer some drama and tempo, but the prevailing mood is of composition created out of focused listening. Performed mostly by the composer - on synths, percussion, « digital chimeras » and Schaeffer-style sound objects, Maximin’s inspiration for this latest album comes not from the vastness of space, as on Dangerous Orbits [2015], but the more quotidian; buildings, derelict and otherwise, parks and the suburbs of the great cities of Europe. These spaces she reclaims for various lives: her sound waves express insect rustles and birds pecking and cawing, and most poignantly, on « Walking Barefoot, Imaginary Quintet », some wistful melody lines that gesture towards new horizons."  - Louise Gray, The Wire, UK, June 2020.

"There’s a refreshing bluntness to the way Bérangère Maximin uses field recordings (or electronics that sound like field recordings) on her sixth album, Land of Waves. In many tracks, concrete audio events are presented clearly and literally, as if meant simply to represent the places they came from. “Full Jungle,” for example, actually sounds like one, full of chirping, buzzing, and growling echoes. The album’s centerpiece, a 20-minute montage called “L’Echappee,” offers all kinds of noises and clatter that whirl by frenetically. Yet despite all this in-your-face sound, Land of Waves is capable of great subtlety and surprise, as Maximin creates textured sound environments that change with each listen." - Marc Masters, The Best Experimental Music on Bandcamp: July 2020.

"(...) She dissects and pries at their textures and emphasizes them with a wider horizon of electroacoustic sound, creating a new terrain of her own. (...) The three pieces, tracked in this order, are the longest on the album and provide a representative cross-section of Maximin’s electronic mastery. Maximin’s mimicry perfectly disguises natural sounds as synthetic and vice versa. (...) As a listener, it’s best to let these compositions, the natural sounds with their approximates and rough equivalents, submerge you in its thicket."

"(...) Self-contained, often playful, serene yet full of unexpected surprises, the world that is “Land of Waves” is a highly absorbing experience. (…)" - The Sound Projector (UK).

- Massimiliano Busti, Blow Up (IT).

" (...) The result is so diverse that it opens up to a wide variety of readings: from the early experiments in the sound laboratories of the 1950s to the advanced techno of today." - Albert Koch, Musikexpress (DE).

" (...) an astonishing wealth of compositions (...) which keep you awake and alert. There is really no better compliment."

" (...) Bérangère Maximin's musicianship resides as much in tranquility as it does in the sporadic, glitchy, and frightening potential offered by electronic music manifested to perfection. Land of Waves is a journey to different atmospheres and sonic experiences so viscerally beautiful that they involve the listener actively rather than simply existing in the background. (...) Bérangère Maximin is a fascinating, albeit understated voice in today’s underground electronic scene. (...) Her auteur-like sensibilities (forgive the filmic terminology) send tracks to unique ends beyond the realm of familiarity. Her willingness to push the envelope of traditional song structure speaks to her maturity as a musician. Once a listener heads down the path of experimental music discovery, they will inevitably pursue genres delving further and further into the abstract, itching to find novel and more rewarding places. Land of Waves is a good place to enter the jungle and dive deeper into unknown depths of experimental abstraction.(...)" - Patrick Ford Bowering on USA Earlyworm. 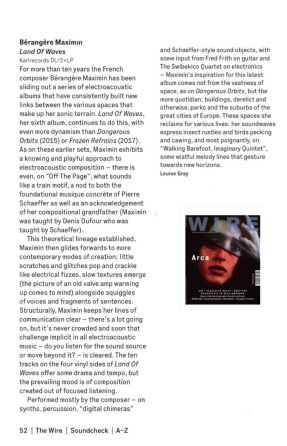 " Maximin exhibits a knowing and playful approach to electroacoustic composition" 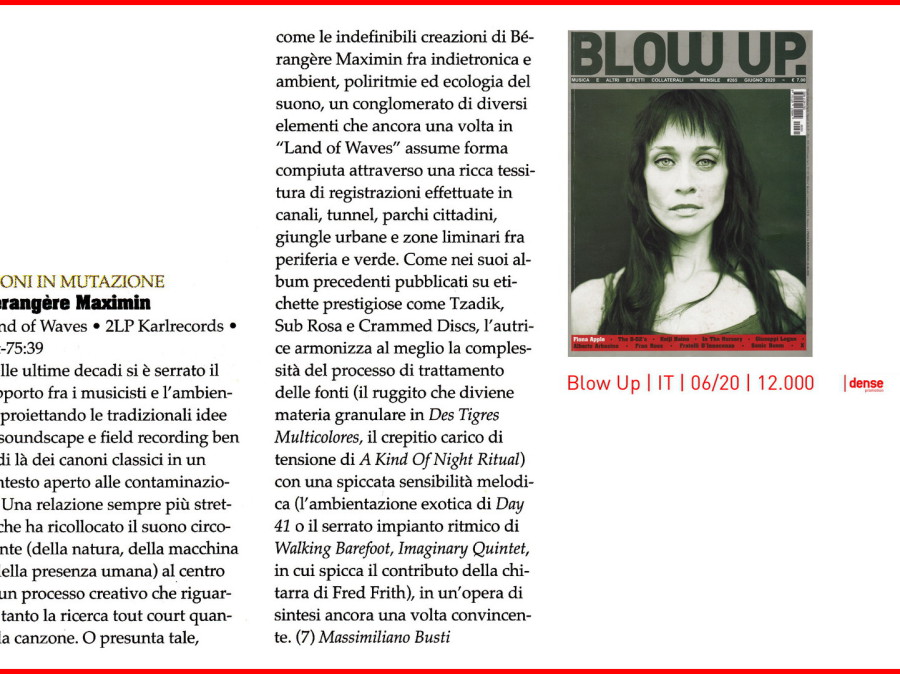 " a rich weaving of recordings... a strong melodic sensitivity... once more very convincing."      - Blow Up. 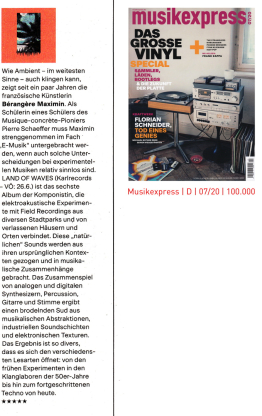 " The result is so diverse that it opens up to a wide variety of readings: from the early experiments in the sound laboratories of the 1950s to the advanced techno of today." - Musikexpress. 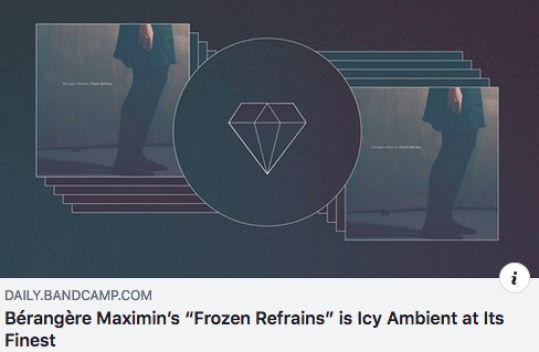 Check the feature out ! 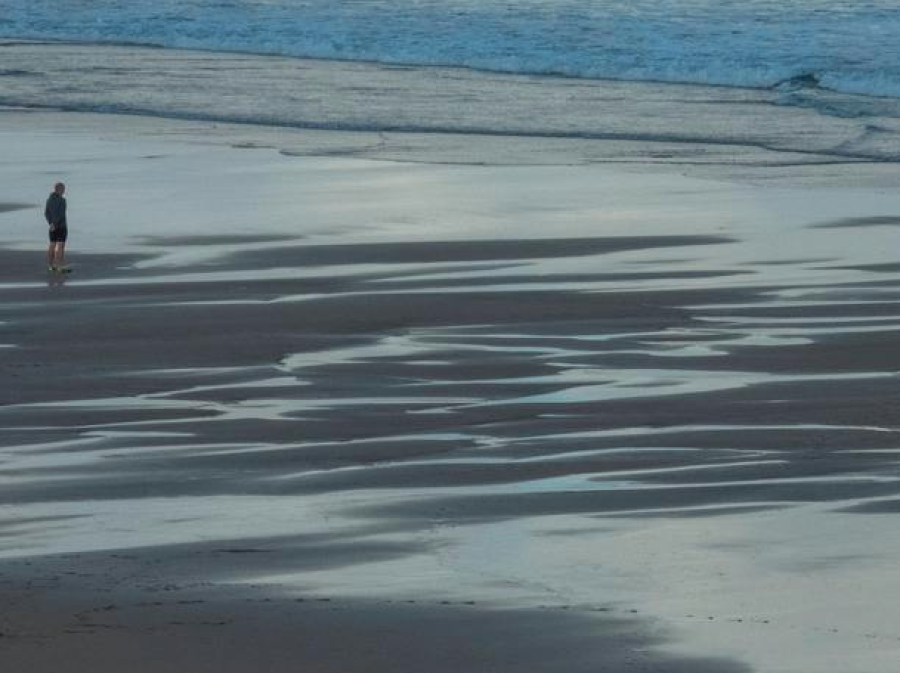 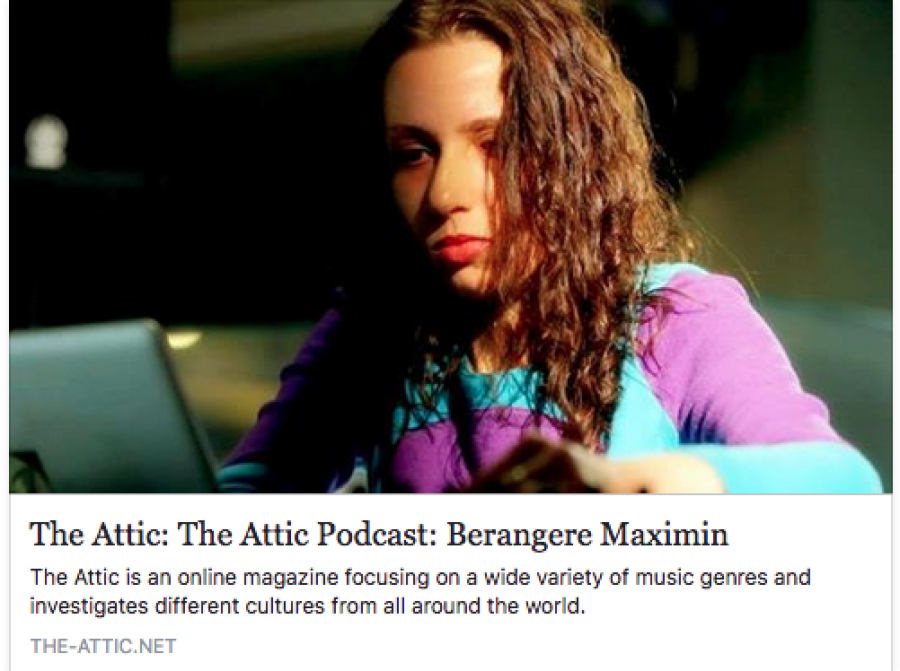 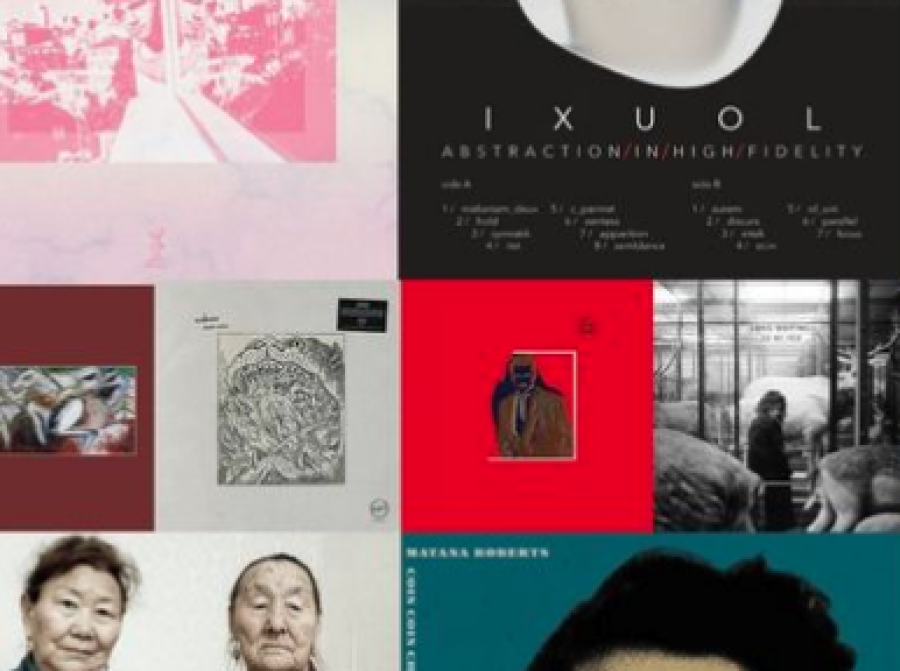 Contribution with 3 albums I enjoyed. 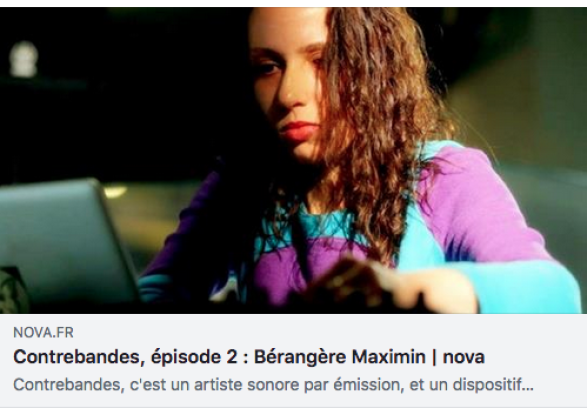 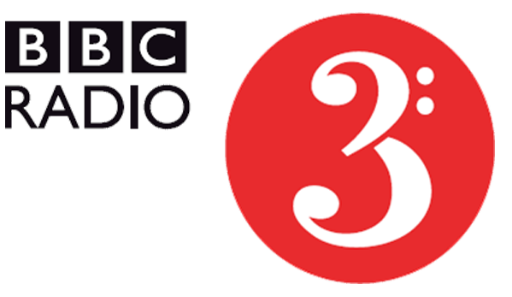 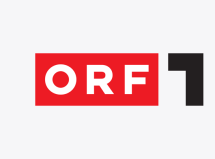 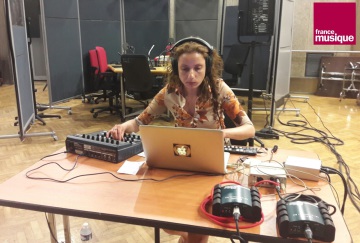 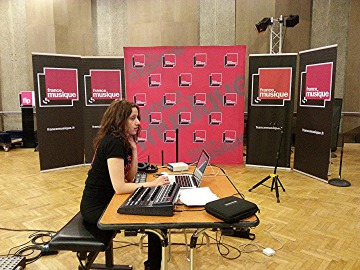 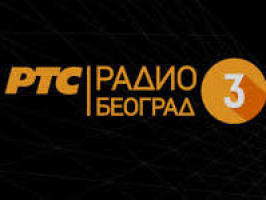 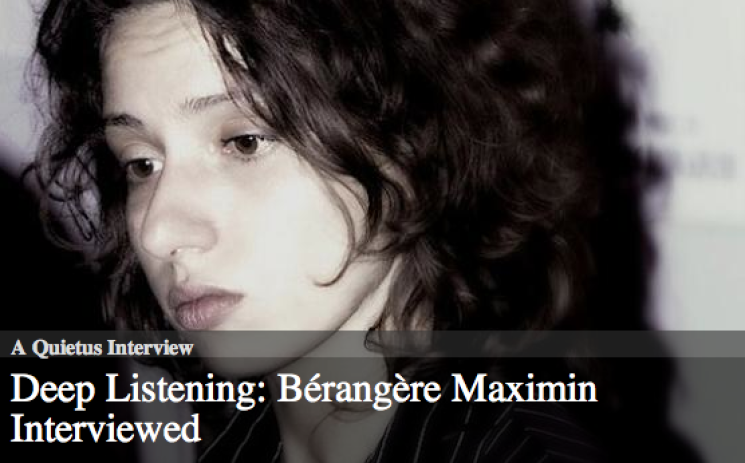 Cindy Stern offers her unique insights into - and talks to - the incomparable electroacoustic composer Bérangère Maximin.

"Coming from the musique concrète world, I can't just leave the piece as it was first executed [in live concert]. My reflex is to always optimise the sound for fixed media, otherwise my ears are not satisfied. This means that the work on the recording itself, the mix, the stereophonic space, the eq-ing, must give freedom to the recorded sounds and allow them to bring their own dramaturgy." 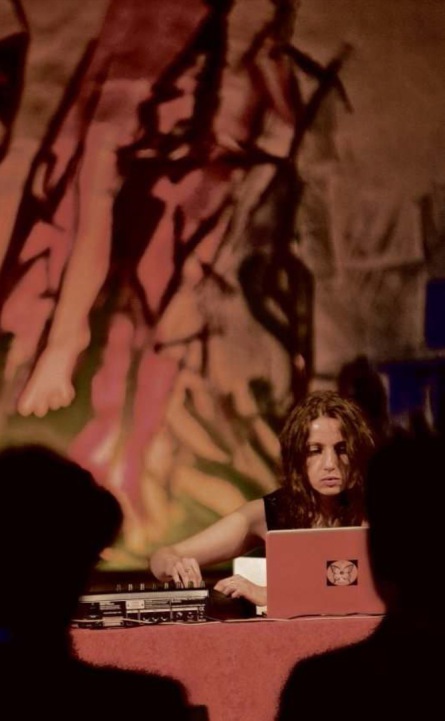 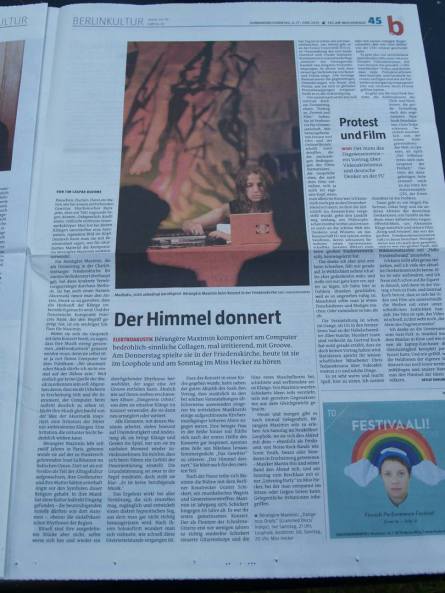 "All elements with which Maximin works aimed deliberately onto ambiguity and allusion, she brings sounds and gestures to the game only to have them in the next moment to withdraw. She wants to set a sense of disorientation while listening. Although the mood was generally meditative, the music developed a discreet hypnotic attraction, from which one is not torn out easily. After her solo performance you wonder rather how quickly these forty-five minutes has passed." Die Tageszeitung 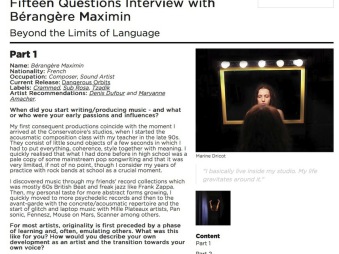 "Space is a very rich and complex parameter in composition from the anecdotal side where the composer is reproducing the stereophony of our natural hearing perception to the playing with sound objects in mono which is a voluntary gesture from the composer, all the way to the sophisticated mise-en-scène, the inner space of the final piece with a tight writing and counterpoints, contrasts revealing different plans within the piece. I play with all that." B. M. 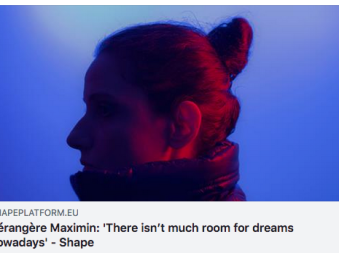 "Bérangère Maximin speaks about her childhood on the Réunion island, her eclectic music taste (from Congolese rumba to Terre Thaemlitz) and her love-hate relationship with art" 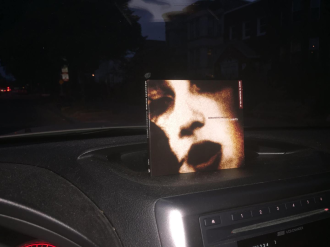 "That’s one of my favorite things about Dangerous Orbits: it seems to expand with each listen, threatening to pull apart completely, but something – or, more precisely, someone – keeps it so together it ultimately feels like one huge sound."

"[Music] can even flow in my brain without a sound and that rite calms me down, helps me chill, focus, dig out what’s best in being alive. My body is a mirror which is simultaneously turned to the past and future. So inspiring. Just that sometimes I could do without the history linkage, that neuronal chain hammering the seconds, the silent voice that forces me to stay aware of the fact that I’m the essence of myself, always the same, always changing." – BM 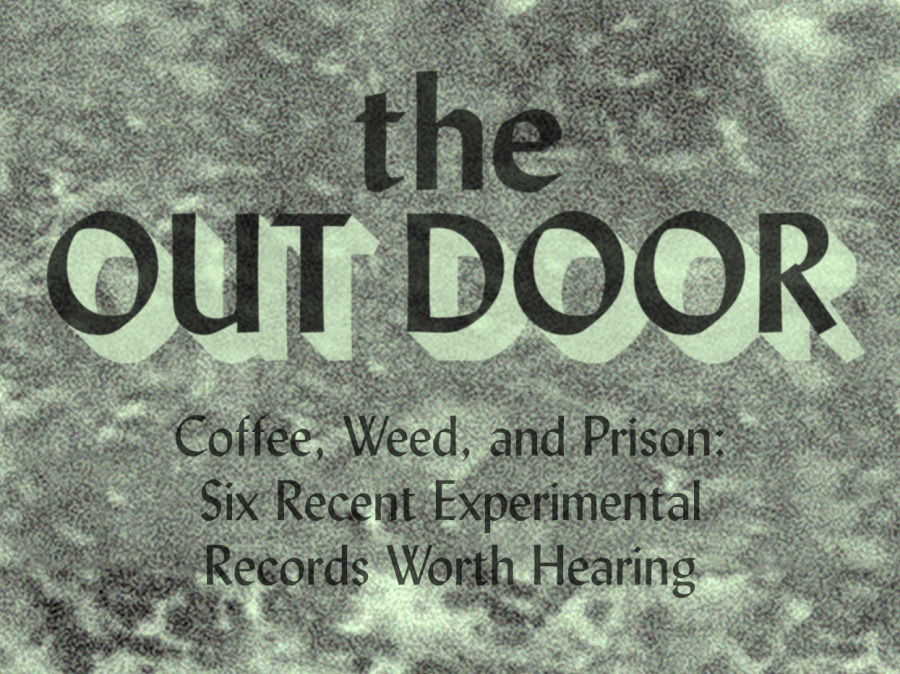 "She’s like a ghost in her own machine, conjuring images, setting scenes, and painting sonic pictures while always dodging out of view, hiding in the dark behind the curtain on the side of her own stage. (…) It feels like the world is turning inside Maximin’s songs now, and the resulting gravity has the weight of nature on its side." Pitchfork 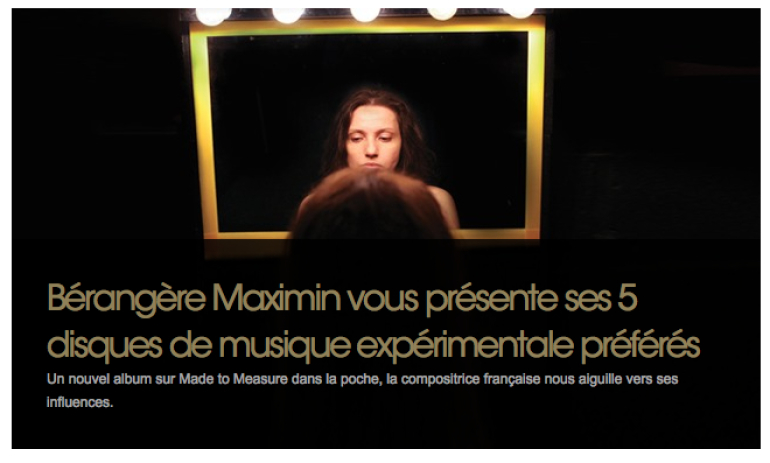 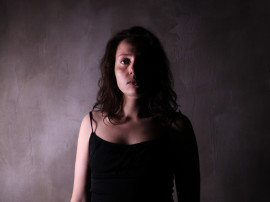